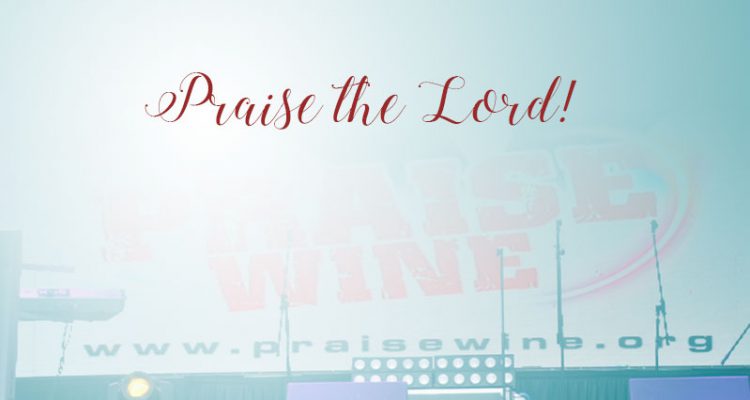 I had a need to leave my previous place of employment because it was about folding up. While contemplating, there was a call for volunteers for PRAISEWINE 2016.Three days after I volunteered, I got disengaged. Never perturbed, I took the new volunteered role at #Praisewine2016 whole heartedly. In one of those days while on duty at the #Praisewine office, I heard God clearly saying after the 4th of April, I will be gainfully employed again, this time a bigger job, better organization. I immediately claimed it and related it to the person close to me with conviction. Few days after, I was called up for an interview at one of Africa’s foremost On-line Payment processing company in Lagos. I went, did it and return to my duty post at Praisewine2016 office. A week later, Friday 19th March, 2016 precisely coupled with the arrival of my cutest 2nd daughter same day, I received my offer letter via mail to resume immediately. I boldly told them i have a Programme to attend on Sunday 4th April, 2016 (#praisweine2016) and a new baby to take care of, that I can only resume after then…to the glory of God I resumed at my present place of employment on the 5th of April, 2016 (a day after #Praisewine2016) in a glorious and enviable capacity….surely the God of #Praisewine is Massive…a rewarder of men….that diligently serve and praise Him…..To him alone be all the glory!….I am set for #Praisewine2017 …arriving all the way from the city of Lagos!”